2022.03.15
All parties applaud the many innovations of the League! "War Horse Cup" the 3rd National College Ice Hockey League (Finals) came to an end

So far, the event has successfully concluded the first hand-in-hand cooperation between the National College Ice Hockey League and the Hangzhou Asian Games Stadium, making due contribution to the National Ice and Snow Sports fever as well as the "North Ice South Development" strategy. 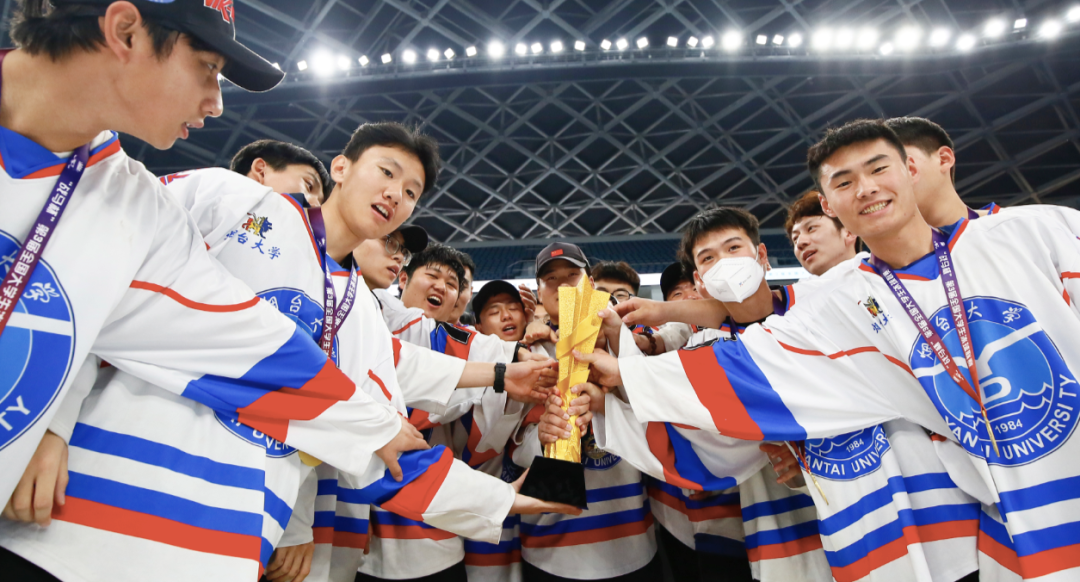 It should be said that the two parties entering the finals of the two groups are old rivals, from the regular sessions of the League in Beijing to the finals in Hangzhou during this competition season, the pairs have met more than once. Both parties are very familiar with each other playing style and scoring technique. Among them, in the group round-robin match at the final stage, the Harbin University team beat the Yantai University team 3-1 to reach the final, and the Beijing Sport University team beat the Harbin Institute of Technology team 8-4 to advance to the championship together. From the perspective of actual strength, the Beijing Sport University team and the Harbin Institute of technology team can be said to be almost on par. The two parties also fought fiercely throughout the whole game. They fought 5-3 in the first two periods, and the last two goals by the Harbin Institute of technology team were simple and efficient. It is entirely possible to tie the score in the third period. However, in the third period of the competition, the Beijing Sport University team was more capable than its opponent to grasp shooting opportunities. They successively scored another two more points and finally secured winning the championship of the High-level group. The Harbin Institute of Technology team and the Harbin Sport University team respectively won second and third place in the high-level group. 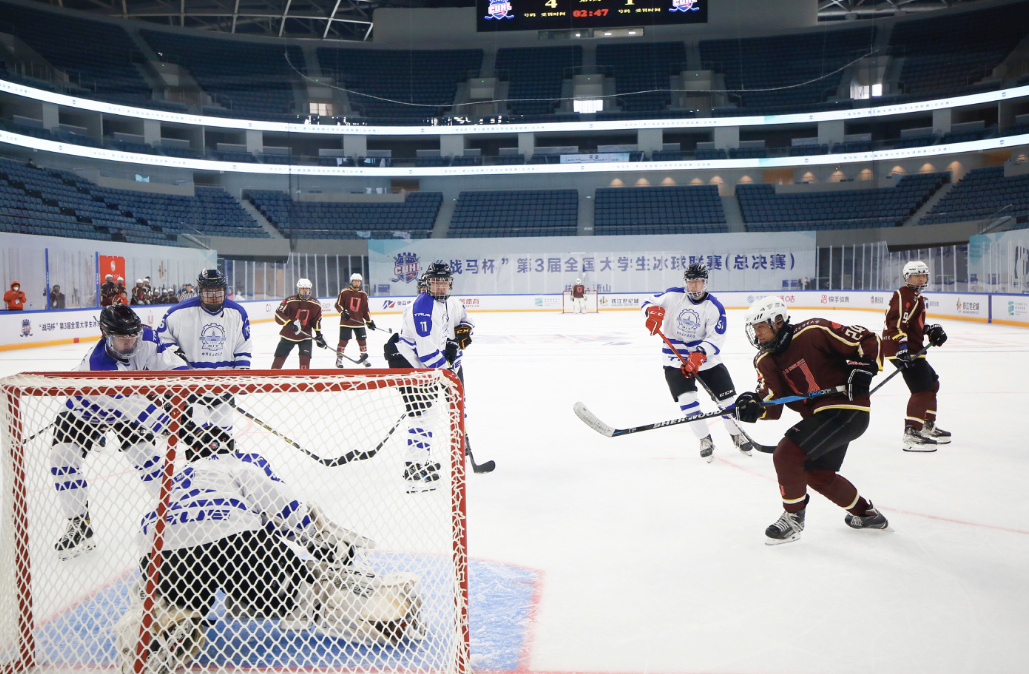 Multiple innovative measures to promote the development of leagues and projects

Although the finals have come to an end, many innovative measures in the finals have left a far-reaching impact on the development of the League itself, Hangzhou, and even Zhejiang’s local ice and snow sports activities.

First of all, the League has reformed the groups of participating teams. Based on the previous two leagues, the open group is canceled while a high-level group is added, which has attracted high-level teams such as the Beijing Sport University team and Harbin Institute of Technology team to join, greatly enhancing the appreciation and brilliance of the game. The two teams have indeed lived up to expectations and jointly presented many wonderful games for ice hockey fans from the regular sessions to the finals of the League. Secondly, the China University Sports Association and the league operator Beijing Aozhong Sports Development Co., Ltd. responded to the soaring enthusiasm for ice and snow in the country and the demand for event development by launching an ice hockey carnival for the first time during the finals, which was also the first Ice Hockey Carnival in China. Through the ice hockey dual meet competition (goalkeeper match, replacing small ball door, 5v5, 3v3, etc.) different from the regular competition, skill competitions (speed and passion, comprehensive relay, accurate shooting, etc.), the carnival demonstrates the interest and entertainment value of ice hockey, let the outside world see a different ice hockey sport, and lay a good foundation for the "North Ice South Development" strategy in the local region. "I feel this year's Ice Hockey Carnival impressed me very deeply, giving everyone a chance to thoroughly relax, communicate and perform. Although we are opponents during the match, we are very good friends at usual time, so we are particularly happy to play ice hockey together at the carnival." Talking about the first ice hockey carnival, Wang Gang said happily, it is a pity that because this form is available for the first time, "we are still a little gauche, without designing any actions. The next time we have a chance, we will definitely spend our thoughts designing some actions. I think this form is superb, and am hopeful that it will be available in the future leagues.”

At the same time, the "War Horse Cup" the 3rd National College Ice Hockey League joined hands with the Hangzhou Asian Games Stadium for the first time. While promoting the development of the League to a higher level, it also envisions new opportunities for the local as well as the re-utilization of Asian Games Stadium post-game. 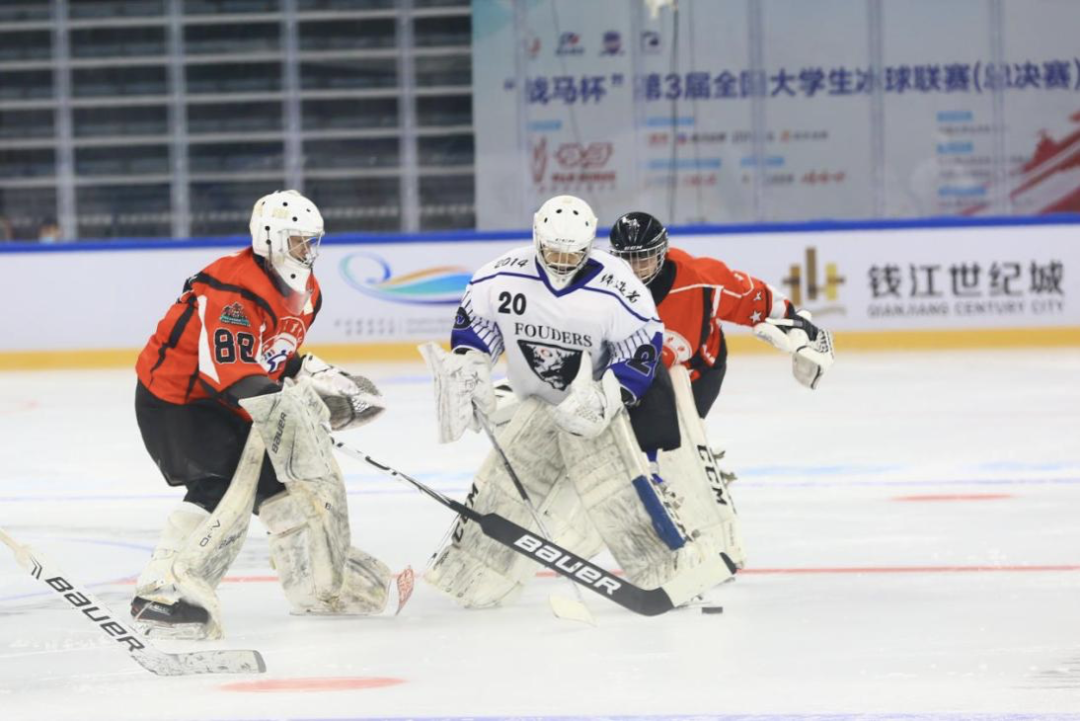 The Executive Curator of Hangzhou Olympic Sports Central Stadium, Zhu Yizhi confessed that the "War Horse Cup" the third National College Ice Hockey League (Finals) is the first high-profile ice hockey tournament in Zhejiang, which is of great significance to the post-game utilization of the stadium and the development of ice and snow sports in Zhejiang Province. "As far as I know, this is the first time that Zhejiang Province held a high-level ice hockey game. There are fewer ice and snow projects in Southern China. The College Ice Hockey League has a great impact on the college students in the Country. We also hope that the local people can watch such a high-level and sunny match." she stressed. It is hoped that through this competition and with the help of the national ice and snow enthusiasm of the Winter Olympics this year, "during the Winter Olympic Games, Chinese people are very enthusiastic about ice and snow sports, and their understanding has also improved very much. Therefore, we hope that this competition can enable young people to understand ice hockey, understand ice and snow sports, enjoy and gradually popularize them." 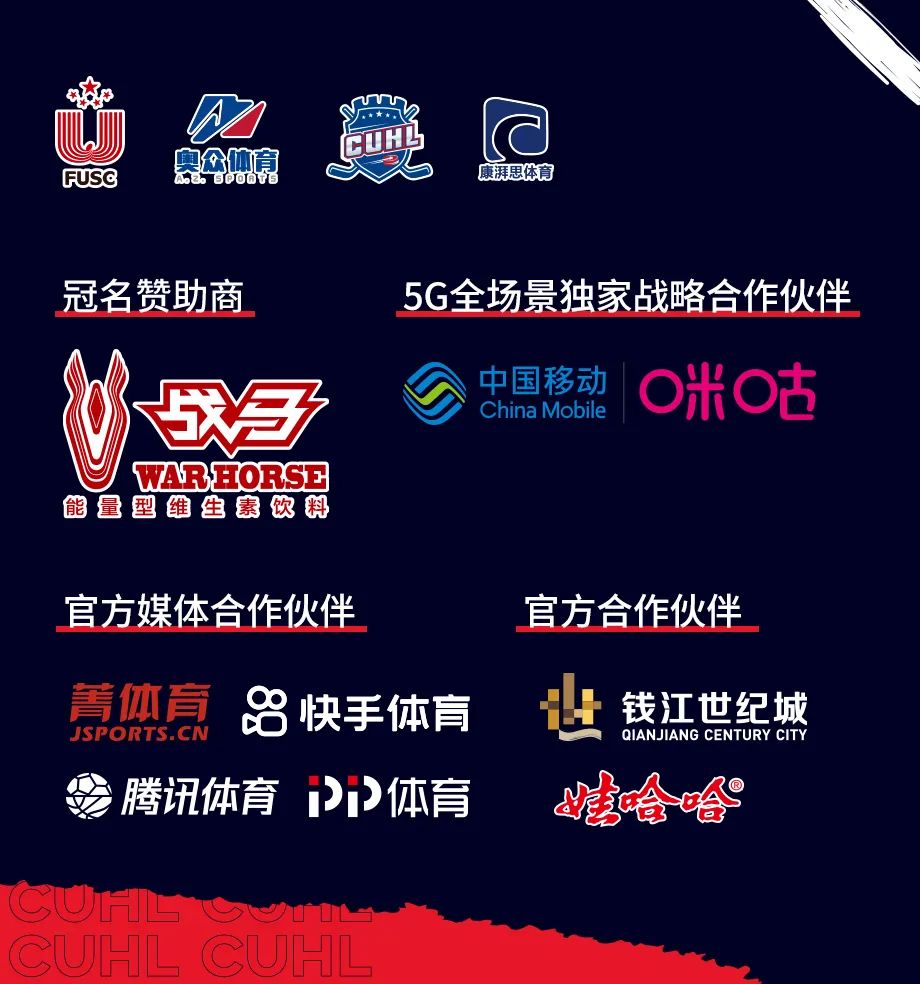