2022.02.13
He introduced the International Ice Hockey League to China: "Let more and more people fall in love with ice hockey!"

Not long ago, the China Men's Ice Hockey team ushered in their first game in the history of the Winter Olympics. Zhou Yunjie has been keeping an eye on it.

With full protective gear, Zhou Yunjie is a goalkeeper for the ice rink and a loyal fan of ice hockey; outside the stadium, he is also the promoter of ice hockey, goosing the introduction of the North American Professional Ice Hockey League (NHL) to China.

Having come into contact with ice hockey since young, Zhou Yunjie experienced the "highlight" period of Chinese ice hockey and had deep feelings for ice hockey. He also understands that the 2022 Beijing Winter Olympic Games have brought about a nationwide "ice and snow fever", and more and more people are paying attention to ice hockey. In recent years, Zhou Yunjie has been promoting ice hockey training for youth and league matches for college students.

Zhou Yunjie has been looking forward to the future, ice and snow sports should not only be a special sports training, but also a way of life so that more people can participate in it.

Zhou Yunjie was once a student in the ice hockey class of Shichahai Amateur Sports School. After the class was disbanded in 1979, he never touched ice hockey again.

In 2013, Zhou Yunjie accidentally watched an NHL game in Boston, which ignited his long silent ice hockey dream, and initiated the idea of introducing the NHL into China.

Since then, he began to arrange with NHL Alliance to discuss the possibility of NHL’s promotion and cooperation in China. Zhou Yunjie said that the reason why he wanted to bring the NHL into China was not only because he hoped that Chinese ice hockey fans could witness the speed and passion of the world's top ice hockey competition events at their doorstep, but also because he wanted to utilize it to promote the popularity of the sport in China, so that more and more people would understand ice hockey, participate in ice hockey and fall in love with ice hockey.

On March 30, 2017, Gary Bettman, the president of the NHL Alliance, officially announced that the NHL China Game would be kicked off in September.

“At first they were not quite clear what they could do by coming to China.” Zhou Yunjie said that there were not many ice hockey players in China at that time, and the ice hockey market was not as hot as basketball and soccer. It was only after doing the work again and again that the other side gradually accepted it. 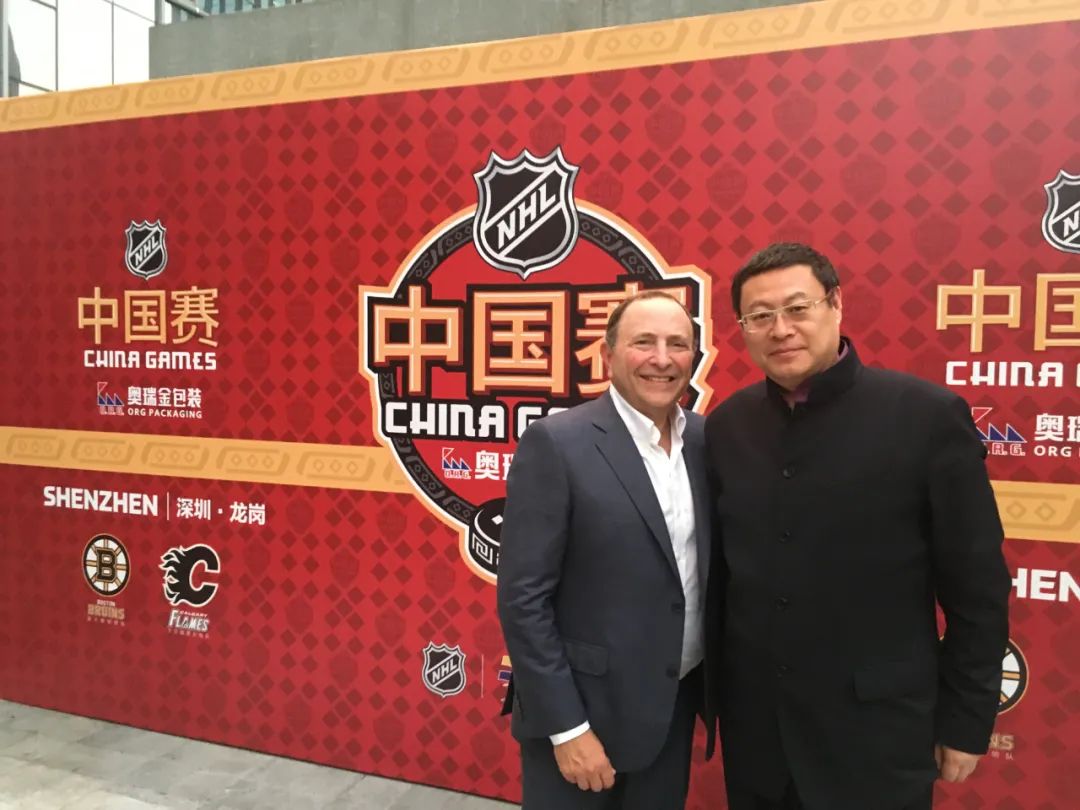 On September 23, 2017, the NHL China tournament was held in Beijing, which was an important moment in the history of Chinese ice hockey. In Wukesong Gymnasium, which could accommodate 18,000 people, there were 12,759 people who arrived to attend this emerging sport of ice hockey.

After the Chinese Women’s Ice Hockey Match, Zhou Yunjie sent a message to the leader, that although the team did not enter the Top 8, he was satisfied with the result. “As long as we can stand on the Olympic field, we have won”, Zhou Yunjie said.

In these few years, China’s Ice Hockey was in a backward state, and it had been detached from the international arena for rather a long time. Zhou Yunjie believes that this is a slow and steady process and cannot be importuned. 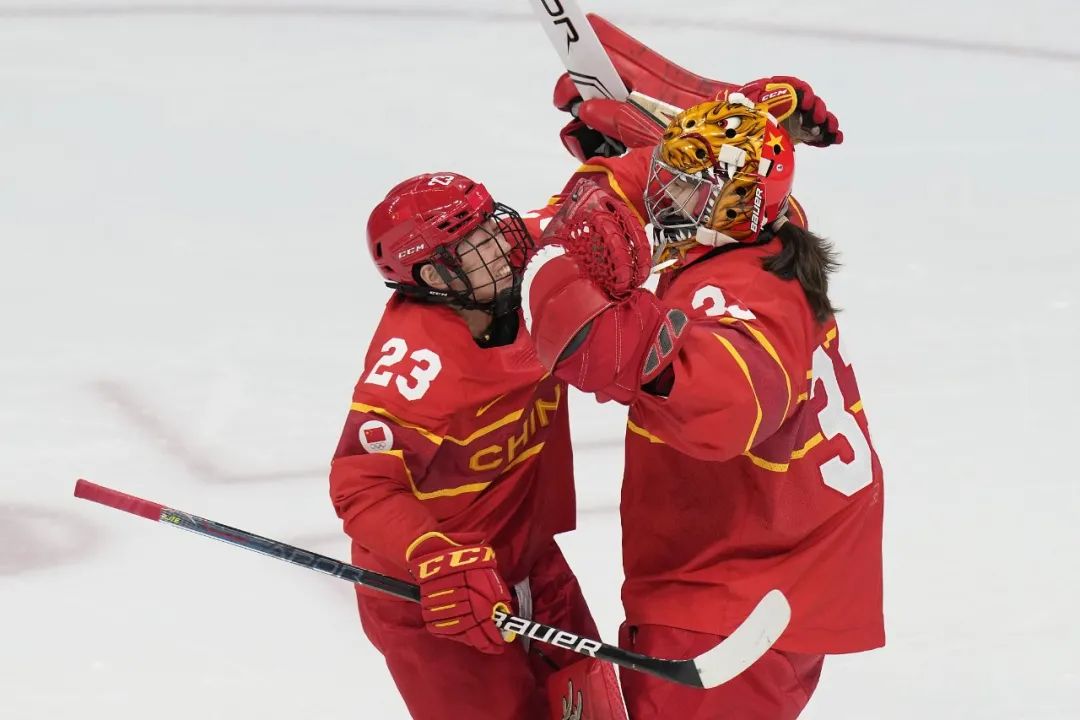 He mentioned the origin of China and Ice Hockey, saying that in many Northern provinces and cities, such as Beijing, the three Northeast provinces, Inner Mongolia and Xinjiang, ice hockey has a broad athletic foundation and historical accumulation. In the 1980s, China Ice Hockey represents the highest level in the whole of Asia.

Today, he said, many of the post-1950s and post-1960s in Beijing have the most profound memories of ice hockey from the World Ice Hockey Group C Championship held in Beijing in the early spring of 1981, “only fans who personally experienced that tournament could truly recognize that the start of Chinese sports did come from the success of the Chinese ice hockey team in impacting Group B." Zhou Yunjie said.

He also feels that the future of China Ice Hockey lies in the youth. In recent years, in addition to introducing the world's top ice hockey events to China, he has also built ice rinks, set up clubs, held collegiate Ice Hockey Leagues, etc., and cultivated a batch of young Chinese ice hockey players. 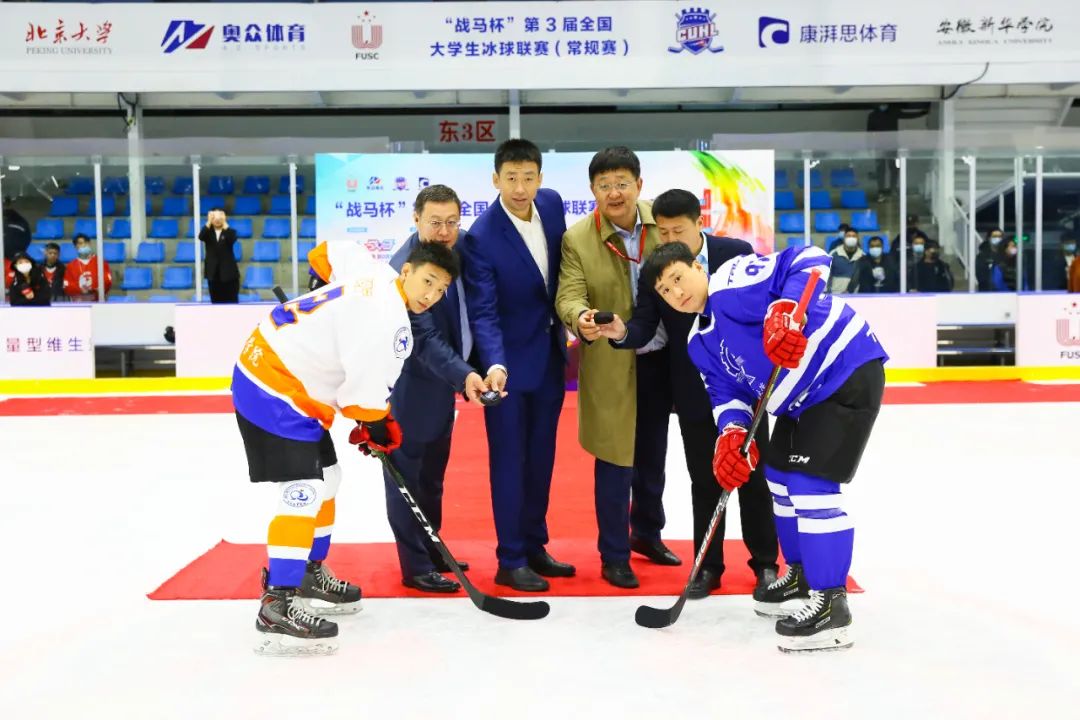 "In this winter Olympics, there are five of our players in VHL (Russian Super Ice Hockey League)." At present, the Chinese College Students’ Ice Hockey League has been held three times. Zhou Yunjie said that admission to college by examination is the dream of many parents and children. If the ice hockey competition cannot be popularized in universities, many children who love ice hockey may give up in the senior high school stage.

He said that his purpose is not to send children to famous schools, but to truly promote ice hockey sport and propagate ice hockey culture. "Although the level of the college students' league is not very high yet at present, as long as it still persists for a few more years, there will be more excellent young people getting involved". 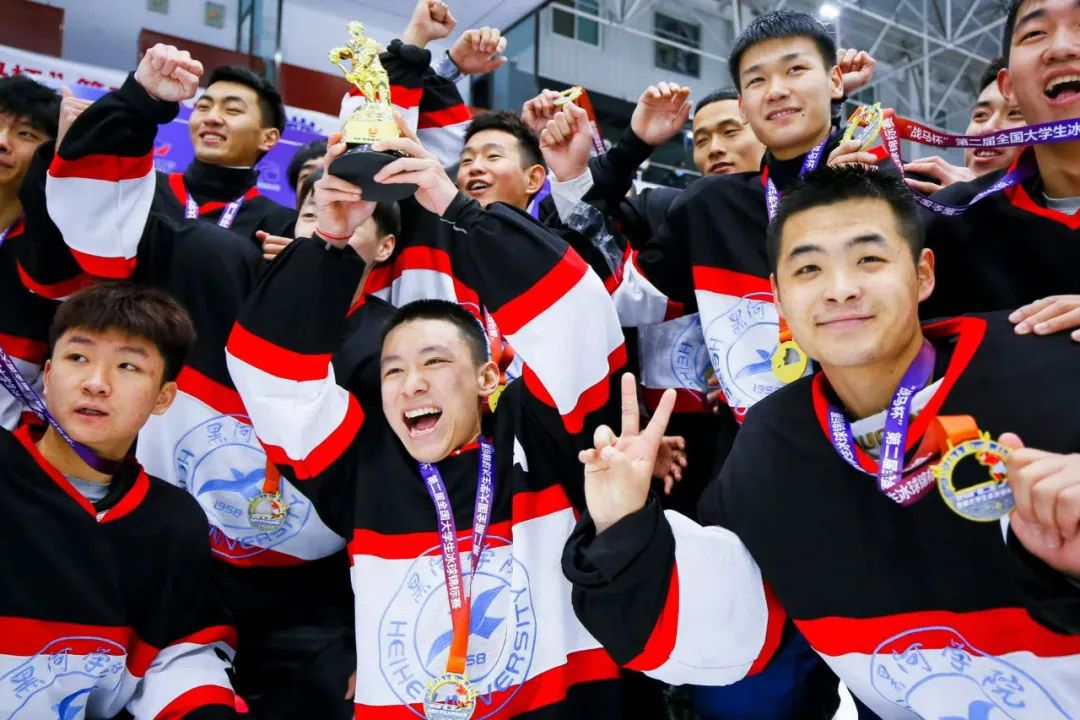 Guangdong is also developing, ice hockey is not restricted by region

"Regional restrictions like the North and South are no longer a barrier to the promotion and development of snow and ice programs." In the process of interacting with some regions in the world, especially communicating with the NHL, KHL (Continental Ice Hockey League) and other high-level ice hockey leagues, Zhou Yunjie made such an experience summary.

In our time, ice hockey was mainly played in Northeastern China region." Zhou Yunjie believes that the trajectory of ice hockey fever spreading from the Northeast to Beijing shows that the future ice hockey will no longer be restricted by regions.

In recent years, ice hockey has been flourishing in Beijing, which has become one of the regions with the highest standard in the country, and the number of people taking part in training is also among the highest in the country. In December 2021, Xing He, Executive Deputy Secretary-General of the Beijing Ice Hockey Association, said in an interview with the media that the number of ice hockey players registered with the association reached 4,000 at that time. It is “conservatively estimated that there are more than 8,000 people engaged long-term in ice hockey sport in Beijing”.

“We may always think that the North is conducive to the development of ice and snow sports ", but Zhou Yunjie believes that with the continuous improvement of economic condition, if the ice rinks are continuously built in the South, supplemented with intensive promotion by the schools, the development speed of ice and snow sports in the South may not be slower than that in the North.

In fact, ice and snow sports have been developing rapidly in some parts of the South. As early as 2017, the National Women's Ice Hockey team settled down in Shenzhen Longgang, in order to effectively implement the strategy of "Moving East, Expanding South and Developing West" for ice and snow sports. On January 27 this year, the list of 23 people representing the China Women's Ice Hockey National Team marching to the 2022 Beijing Winter Olympics was announced, of which 14 athletes were supplied from Longgang. 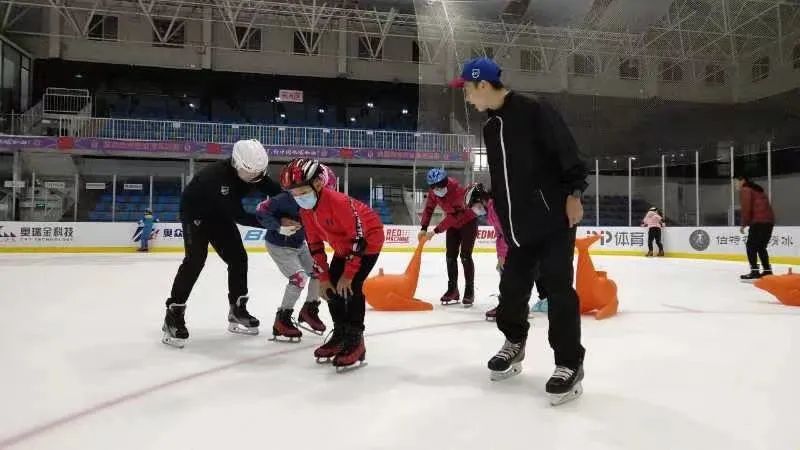 Zhou Yunjie also pointed out that, similar to golf, ice and snow programs have the potential to develop into a complete industry chain, and even become a pillar of some local economies. He believes that ice hockey is easy to form a complete and longer sports industry chain.

“Ice hockey requires a special ice rink for training, while an ice rink needs coaches, professional ice makers, and other service personnel. It can guarantee employment for at least 100 persons, and the people who come for training also need to purchase ice balls, hockey rods, protective equipment, and other supporting devices, which are part and parcel of the industry chain.” Zhouyunjie said.