After ten years of ups and downs and hardworking, AJ Auxerre finally returned to the Ligue 1 and returned to the top platform where the club has shined countless times. This upgrade is the best reward for the club’s adherence to football laws and youth training traditions, intensive cultivation and continuous investment. Back to the familiar stage is just the beginning, and a new chapter that belongs to AJ Auxerre is gaining momentum. On the occasion of this upgrade, we will take stock of the club’s revival and nirvana in recent years. This club with 116 years histories will move forward to new glory! First, let’s review their struggle at the competitive level! 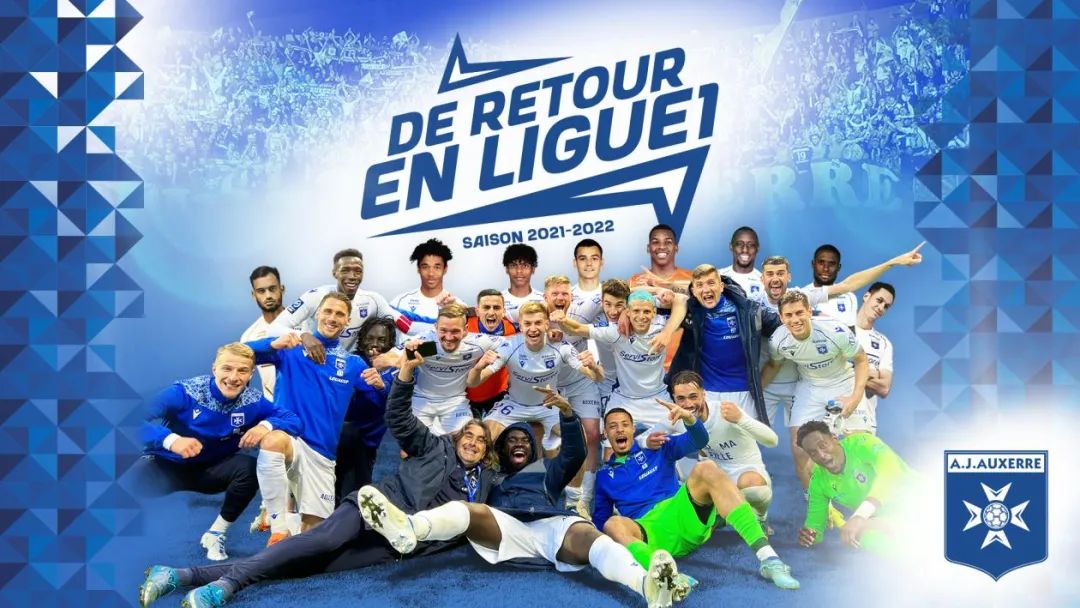 Take control of everything, upgrade experts start the record recovery

After leaving Ligue 1 in 2012, AJ Auxerre has always made a return to the top flight as the number one target at the competitive level. In the few seasons that have just been relegated, the team’s performance has been unstable, and there is always a certain distance from the promotion goal. In May 2019, the coach Jean-Marc Furlan, who had just led Brest to complete the upgrade, officially took over as the coach of the first team, which opened the prelude to AJ Auxerre's comprehensive rebound at the competitive level.

Furlan, who has been in the professional arena for many years, has rich experience in leading his team to upgrade. In season 2004-2005, he led Troyes to upgrade successfully in his first professional league coaching, and was elected as the best coach in Ligue 2 by the Professional Players Union. Later, when he entered the palace of Troyes and took charge of Brest, Furlan successfully completed the upgrade task. When AJ Auxerre back in Ligue 1, the 64-year-old coach has completed five successful promotions. It is worth mentioning that Furlan has a unique vision in discovering players. Matuidi and Sidibe, the 2018 France World Cup winners, both received his guidance at the beginning of their careers. 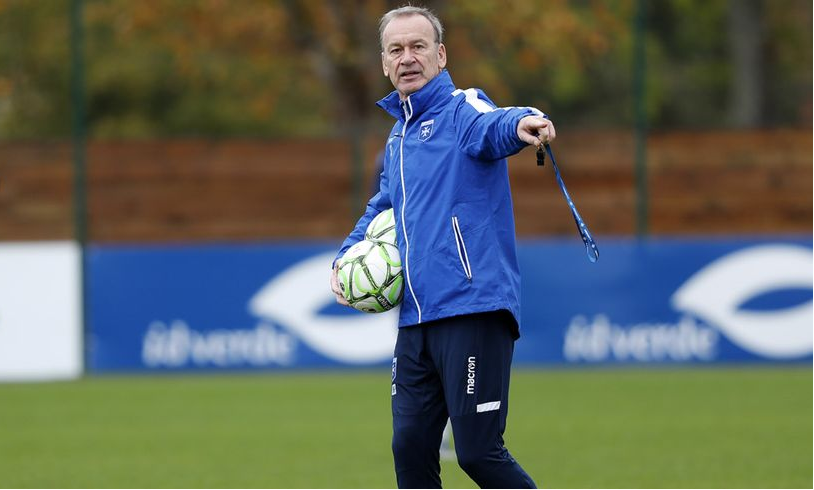 At the beginning of season 2016-2017, the number of places for promotion in Ligue 2 has changed from 3 to 2.5. And the 3rd place in Ligue 2 and the 18th place in Ligue 1 will play two rounds of home and away games to compete for the last place in Ligue 1; Since season 2017-2018, the rules have been adjusted again. Except for the two extras, the third to fifth need to decide 0.5 seats to challenge the Ligue 1 team through two rounds of play-offs, and the intensity is further intensified. In this case, Auxerre began to buck the trend in this hard situation.

When Furlan took over, AJ Auxerre was in a period of improvement. Season 2019-2020 was cut in half due to the COVID-19 epidemic, which slowed the pace of the team’s rise. Last season was Furlan’s first full season in charge of the team. The club was a great success in signings. Leon, Autrey, Ain, Rubar, Loris and many other powerful players will be the backbone of the team these two seasons. 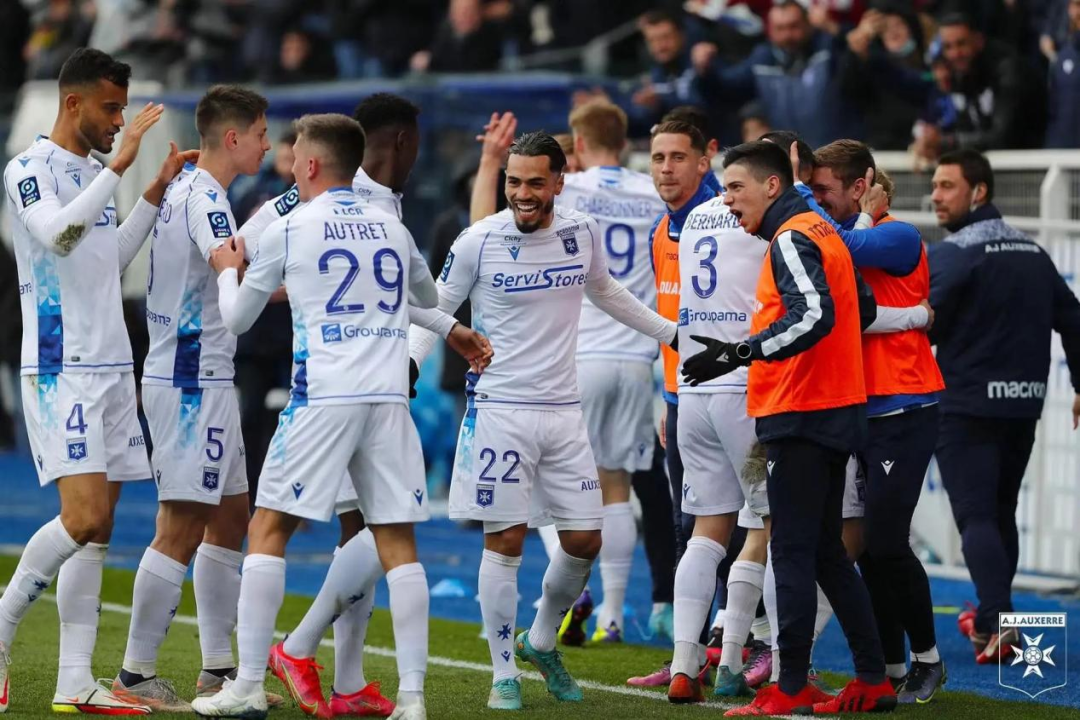 With the full cooperation of famous coaches and strong aids, performance of AJ Auxerre in the Ligue 2 League last season was eye-catching. The team has always pursued offensive football, ranking among the best in the league in terms of ball possession and opportunity creation. Furlan’s disciples were unbeaten in 13 consecutive league games in the middle of the season, tying the team record. A total of 13 players in the team have completed the scoring, and the attacking firepower ranks second in Ligue 2. Although it was only one step away from the promotion play-offs, the savage growth of AJ Auxerre was unstoppable.

At the beginning of the season, AJ Auxerre once again targeted to return to Ligue 1. Although the French second silver boot Lebion left the team, a group of new aids Chabonnier, Perenal, Perrin and Troye effectively strengthened the depth of the lineup. Starting from next season, the number of promotion places in Ligue 2 will be reduced from 2.5 to 2, so top players in Ligue 2 must seize the opportunity this season. This time, we are facing the most brutal escalation battle in history.

Compared to slow start of last season, AJ Auxerre has shown more maturity this season. The 18 points in the first 9 rounds laid a solid foundation for the team to stay in the top five. Despite some fluctuations around Christmas, we were still in fourth place at the end of the half. 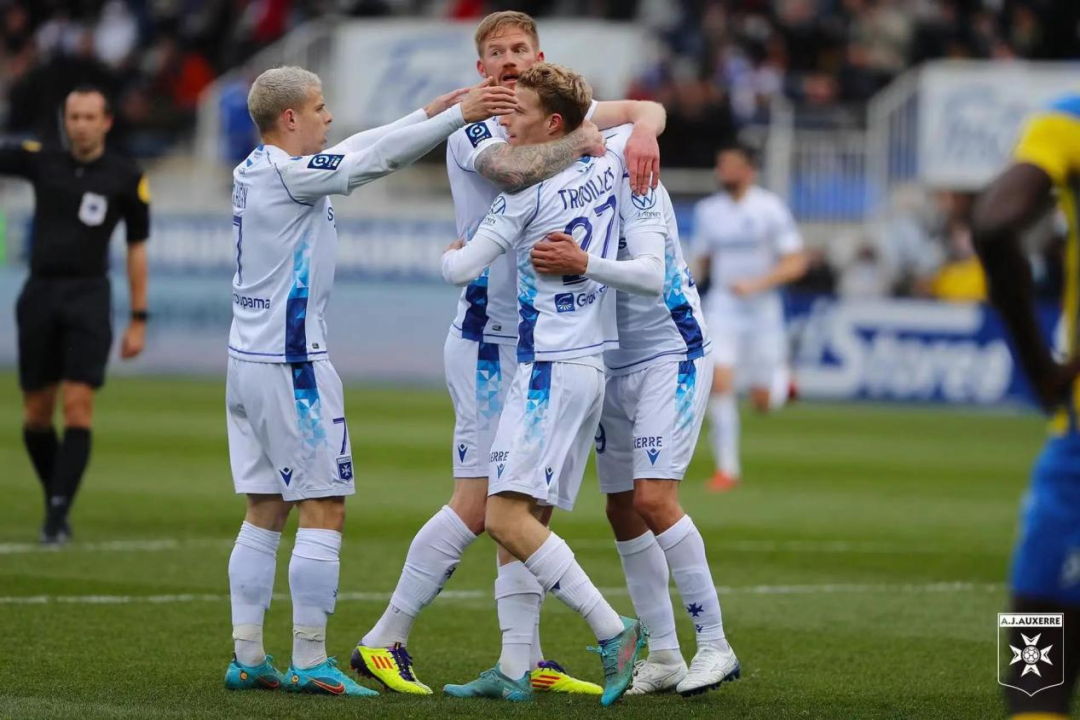 In 2022, players of AJ Auxerre are fully excited. We won a total of 12 games in the second half, ranking first in the league in terms of points and away records. Chabonnier and Ain have become the team’s most reliable offensive tools, and the defense led by Leon has also kept clean sheets many times. In the important time of the last 9 rounds, we have 7 wins and 2 draws and remain unbeaten. If Ajaccio hadn’t played the same excellent performance in the last two months, AJ Auxerre would have been directly promoted.

At the end of the 38 rounds of the regular season, AJ Auxerre’s total points reached 74 points, which is the peak of the team in the past decade. Looking at the entire history of Ligue 2, there is no precedent that this point cannot be directly promoted. This also reflects the extremely fierce competition for promotion this season. Except for Toulouse, which locked the promotion quota early, we have formed a situation of strangulation with Ajaccio, Paris FC and Sochaux. In the crucial second-round play-off, the dominant AJ Auxerre eliminated Sochaux with a penalty kick and got a two-round final PK chance with 18th-placed Saint-Etienne in Ligue 1. Although the Ligue 2 team has a relatively poor track record in the A and B play-offs, although Saint-Etienne, who has won Ligue 1 ten times, has a slight advantage in terms of card strength. However, the good foundation laid in the previous two seasons, the tempered mental quality, and the strong desire to return to Ligue 1 have become the inexhaustible driving force for us to overcome difficulties. After the fierce battle of 210 minutes + penalty kicks, AJ Auxerre finally broke out in front of the powerful enemy and won the fiercest promoted competition in the history of Ligue 2! 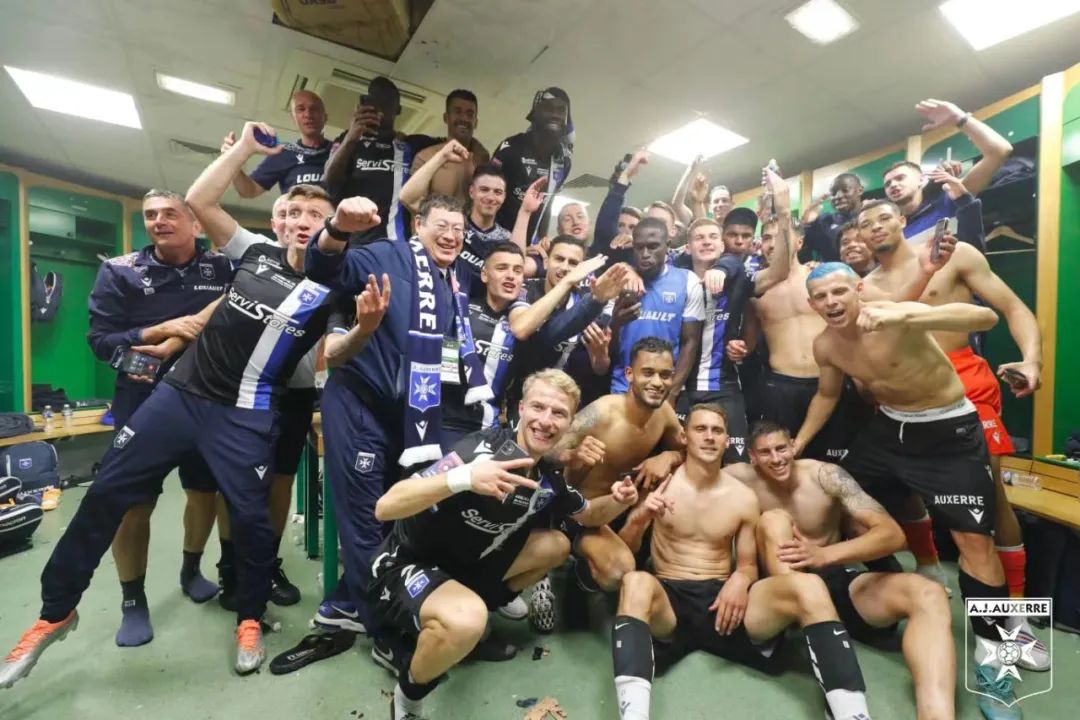 As the Ligue 1 will be reduced to 18 teams from season 2023 to 2024, both the 17th and 20th places in Ligue 1 will be relegated next season. This means that next season’s AJ Auxerre will usher in a greater test at the competitive level, but this is also an opportunity for the team to prove itself on a higher stage.

Back then, I watched the peaches and plums drinking fine wine in the spring breeze. Later, the rivers and lakes were down and down. It has been ten years since we parted. I often listen to the autumn rain and miss you in front of the lonely lamp. In the Ligue 1 battlefield in the new season, AJ Auxerre will write a new chapter, and strive to add a splendid color to the team’s great history!